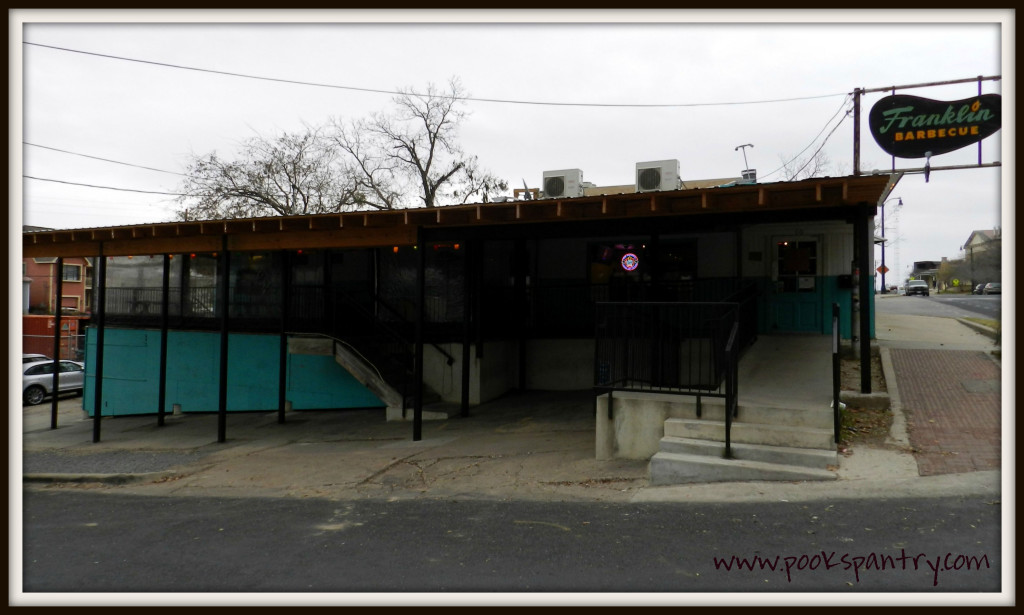 It’s a rather unassuming-looking place, isn’t it?   Don’t let that fool you.  The incredible things that happen on this little corner down a nondescript side street will blow your mind.

We all have those places on our “food bucket list” that we hope we will be able to get to someday.  One of mine was Franklin Barbecue in Austin, Texas.   It is the epitome of what barbecue should be.  Smoky, full of flavor and soft as butter.  The brisket was so tender I nearly wept, the ribs literally fell off the bone when picked up…  This was it, this was what I had been waiting for. 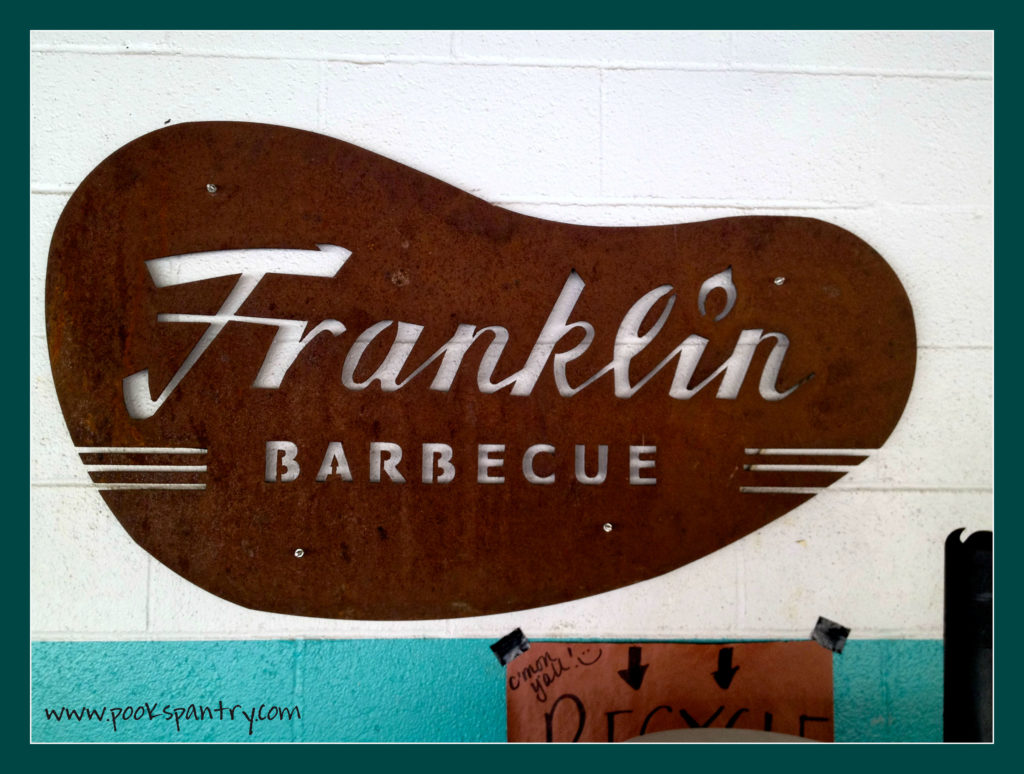 It was our first stop on the “Tour de Tex”.  We had checked the website and unfortunately found that due to the holiday schedule,  there was only day they would be open while we were in Texas.  So, here is how it went:  We woke up at 3:45 in the morning, got on a plane to San Antonio (our original destination), went straight to the rental car place from baggage claim,  made an hour long drive on a wing (or a rib) and a prayer to arrive at Franklin Barbecue by 11:45 am.    If this seems like a reasonable time to arrive, you’d be mistaken.   The line started at 8:00am, which means we were pretty far back and it wasn’t looking good for us. 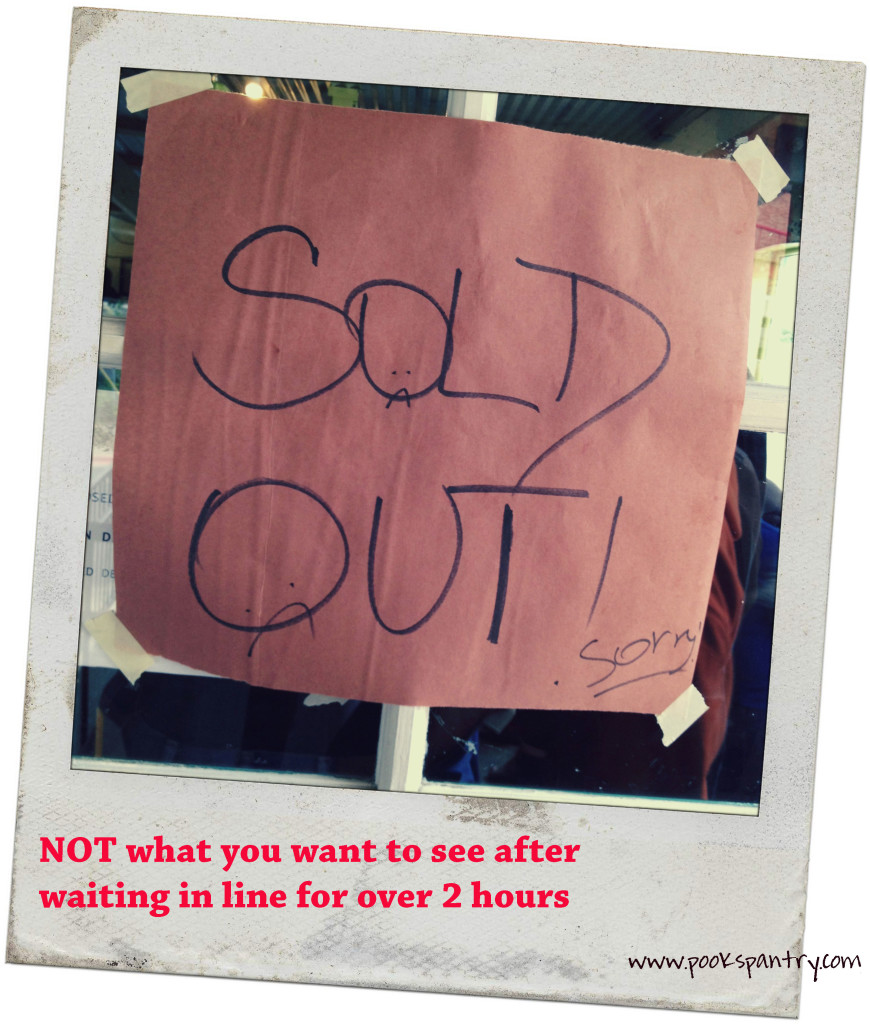 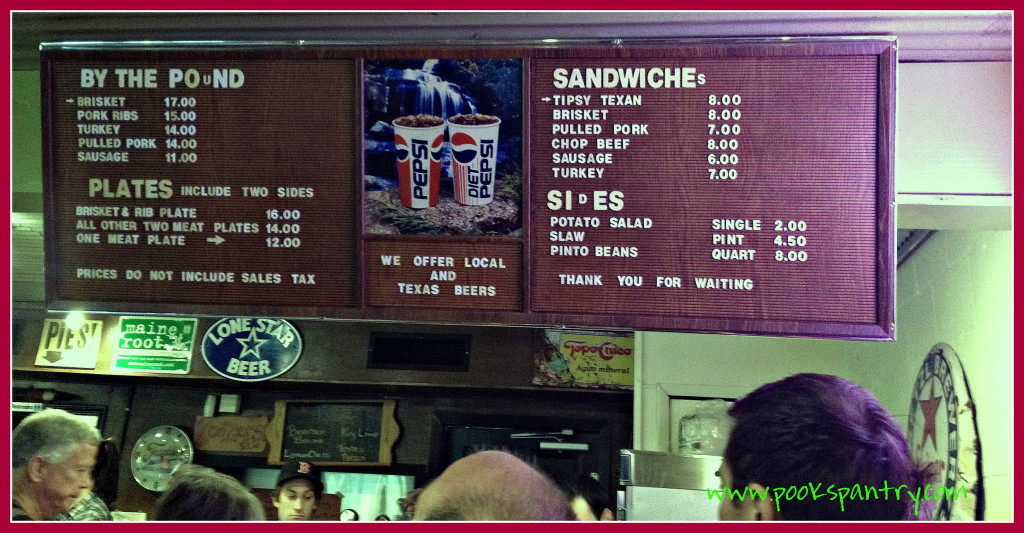 The adventurous spirits that we are (or perhaps we were just sleep-deprived), we decided to stay and take a chance.  I have to thank the Girl for being game, for standing there with no guarantee of food.  The lovely staff came out no less than 10 times in that 2+ hour wait to let us know that we could very well stand there and wait and “go home hungry” as she put it.   We decided that since we were already there, why not take the gamble?   During our slow but steady pilgrimage to BBQ nirvana,  we watched dozens and dozens of people show up, get in line and decide to leave.  I’d like to thank them too, because of you I was able to get in and have the best barbecue of my life. 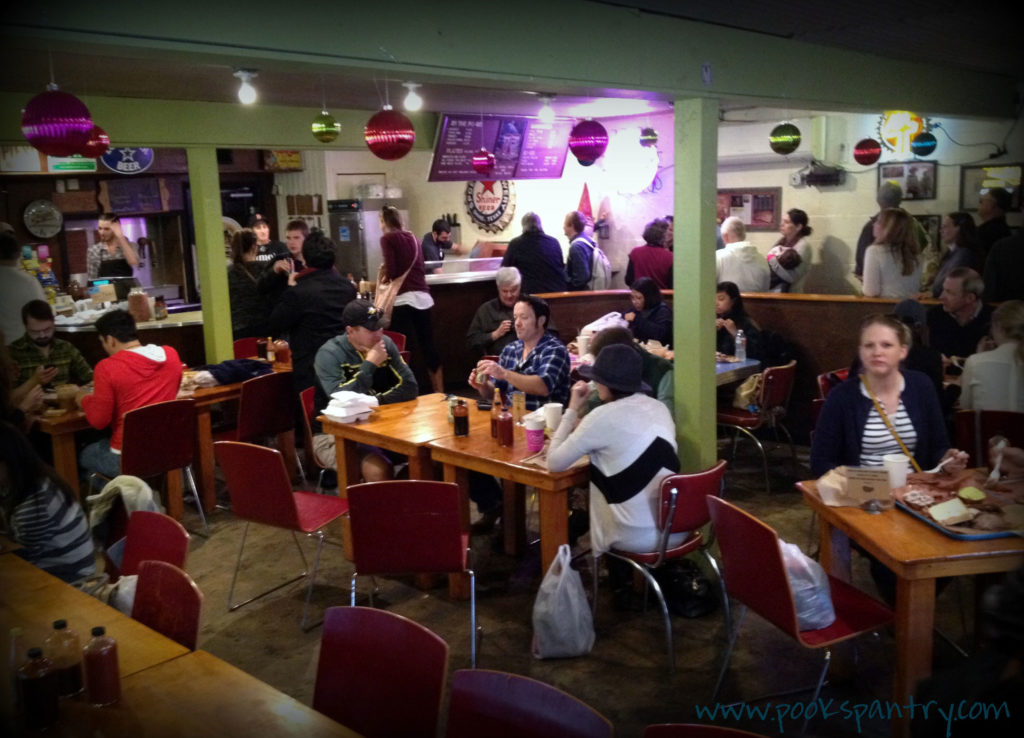 Believe it or not, those two hours flew by.  I was on a barbecue high…  I just knew that we were not going home hungry.  Call me crazy, but I knew we were going to get lucky.    The line was full of interesting characters;  a handful of people sitting in lawn chairs and slinging back a few beers, other foodies like us snapping pics and vibrating with excitement, a few locals and some people that seemed to have just stumbled upon the place.

It was finally our turn to walk through the door.   For the past two hours I was thinking about what I would have if I actually made it in and here I was…  I could see the counter!   From the point at which we entered, we still had about another 30 minutes to wait.   Five minutes after we crossed the threshold,  one of the staff went over and locked the door.  It was over.  Anyone not inside at that point was going home hungry and we were in!   Even while waiting, we were reminded that although we would be fed, they could not guarantee what would be left.   The lovely waitress from earlier in this story told us that it could be scraps.  Yes, that is what she said: scraps.    I figured, that’s still better than going home hungry and I was so happy to be in the restaurant at that point, I could not have cared less what I ate. 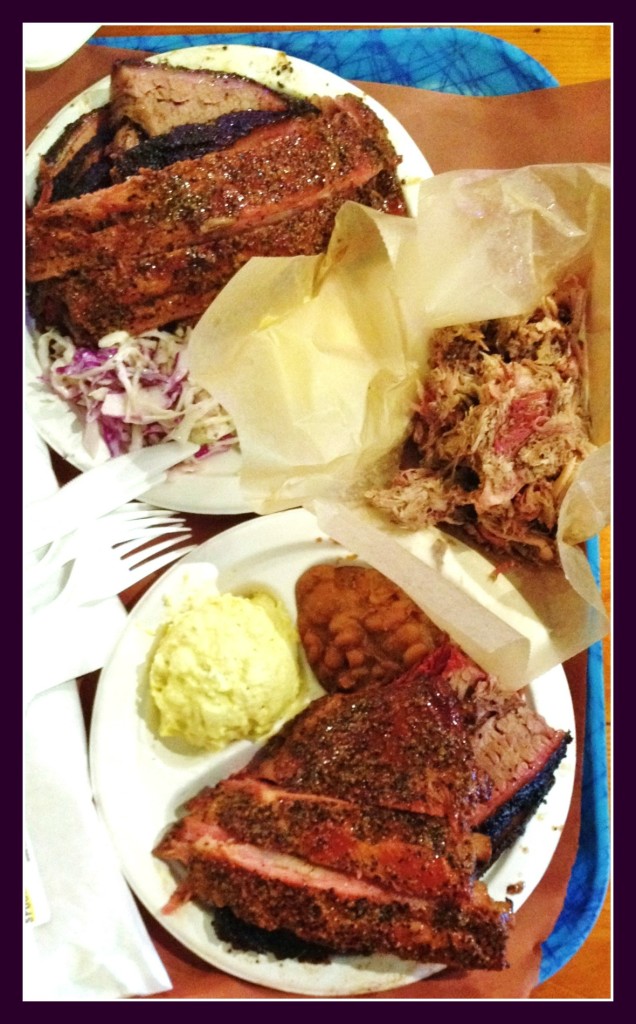 As we approach the counter, Aaron Franklin greets us with a smile and asks us what we’d like.  You could’ve knocked me over with a stiff breeze.  I was in heaven.  I could have anything I wanted and the Chef was going to hand it over.   We had brisket, ribs, pulled pork, potato salad, beans and coleslaw.   We ate and ate yet it looked like we barely made a dent.  He was a master at this, at all of it.  The small talk, working the crowd, his rapport with the staff, and it goes without saying: the barbecue. 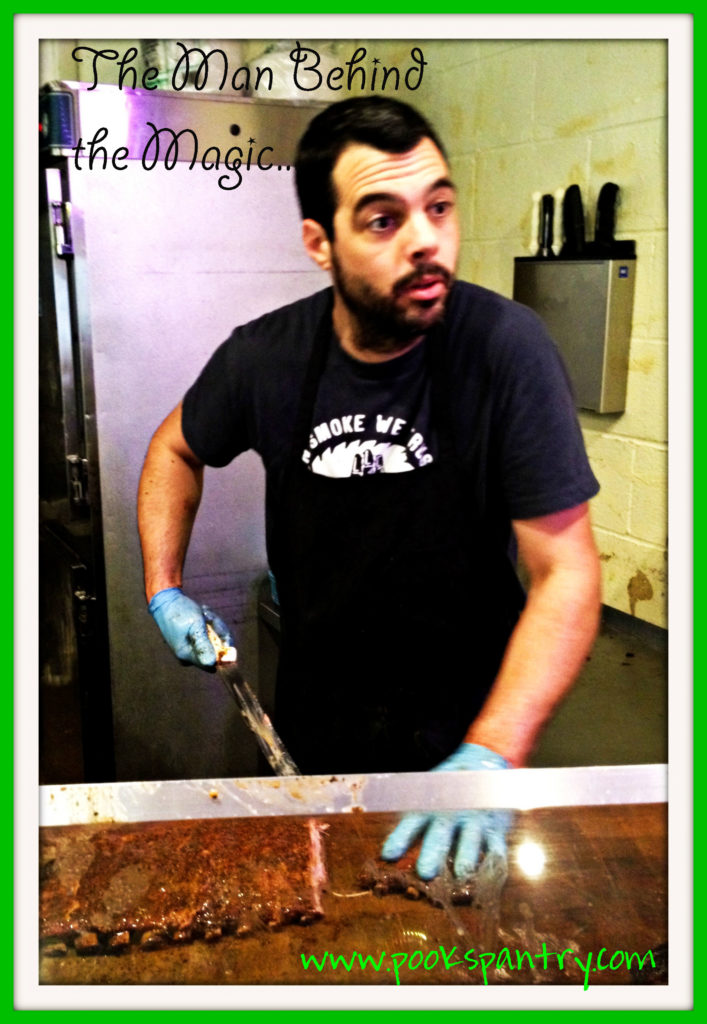 After we had eaten, I was waiting in yet another line and so was Aaron Franklin.   Not wanting to miss my opportunity to chat up the Chef, I struck up a conversation.    I was not sure what to expect, he has been in every food magazine out there, he is in commercials, his restaurant has been featured on more shows than I can count… and yet, he was down to earth, easy to talk to and actually engaged in the conversation.  We talked about our mutual time in NYC, other restaurants on the bucket list, etc.

The entire experience was wonderful and I am so grateful that it was even more than I imagined it would be.   Sometimes when you build something or someone up in your head and you actually get the chance to meet them or go there, it can be a bit disappointing and I am pleased to report this was not. 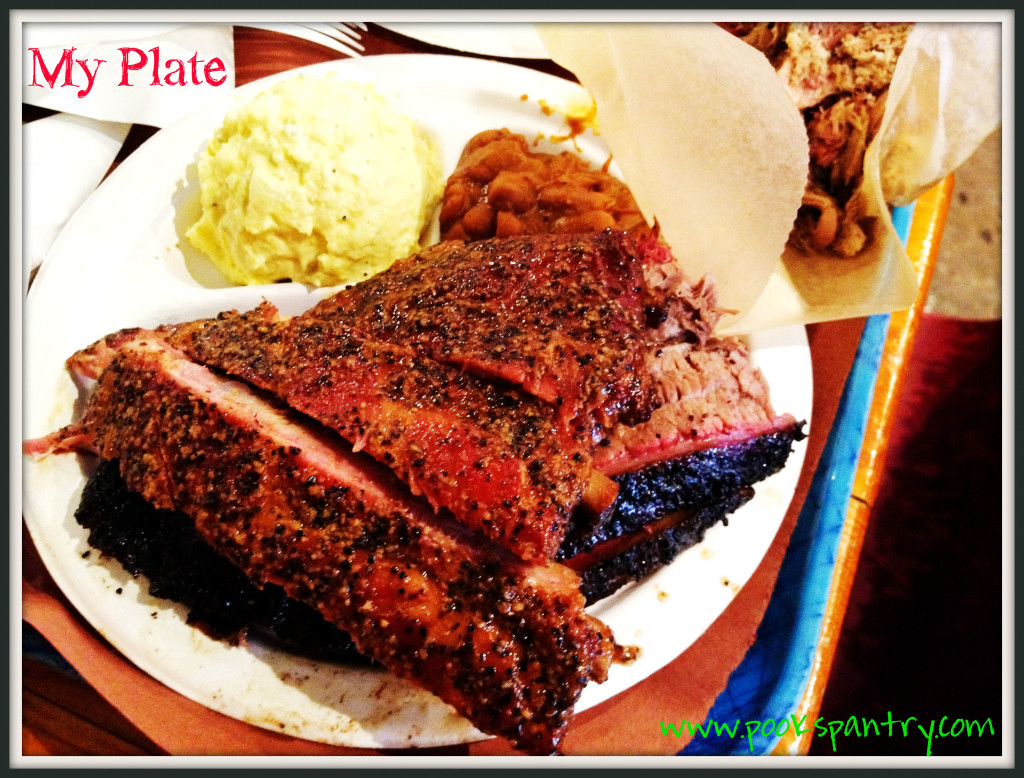 The food was outstanding, I’m sorry the photos are not.  I was so excited that I couldn’t be bothered with my camera.  All of these shots were taken with my phone.   If ever you find yourself in Austin,  do yourself a favor and make sure you devote a day to the best barbecue you will ever put in your face. 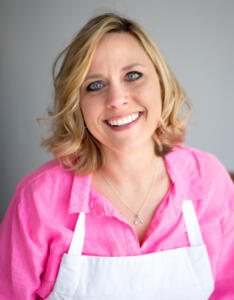